Hello! I am Christina Starbuck. (I know you’re wondering so, no, no relation.) I am a New York actor and performance coach who specializes in public speaking coaching for business professionals and audition preparation for actors.

As an actor, I have performed for more than twenty-five years in New York, starring in original plays and classic revivals including several I produced as co-founder of The 11th Hour Company, a non-profit theatre company in Manhattan. I’ve hawked everything from vacuum cleaners to cold medicine in a dozen television commercials and appeared in popular television series and acclaimed feature films.

In 2010, I launched a coaching business for fellow actors which, by way of referral, quickly grew to include business professionals who needed performance support in areas of conference speaking, meeting leadership, and media/panel appearances.

My business clients have emerged from a variety of professional backgrounds which include advertising, finance, construction management, teaching, preaching, real estate, non-profit, media, and journalism.

I currently live in Hudson County, NJ with my daughters where I have volunteered for many years as a homeless advocate. For fun I do lots of yoga and act like a tourist with my family in New York – the city I love, hate, and can never leave. 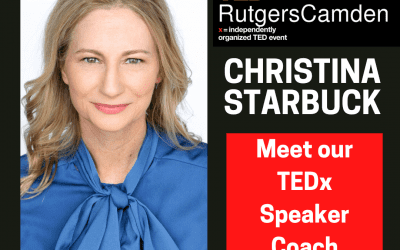 Honored and excited to be an official TEDx speaker coach! 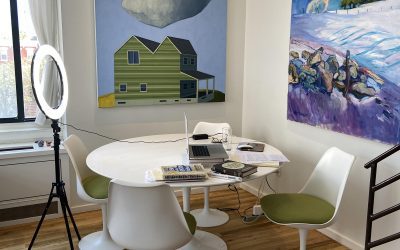 The Studio Is Open!

Welcoming fully vaccinated clients back to the studio! Zoom remains an option.